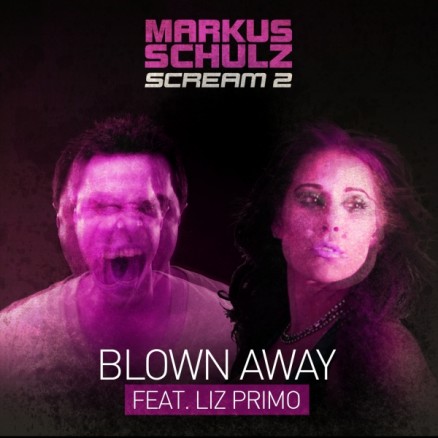 As the second chapter of Markus Schulz’s Scream project became immersed in the minds of listeners, his collaboration with vocalist Liz Primo particularly garnered a large enamor.

A recurring theme around Blown Away is addiction – the dark reality behind the song subject, combined with the beautifully melodic depth that surrounds Liz’s efforts, yielded a catalyst which became one of the standout highlights throughout Markus’ bus tour across the United States during the spring.

Now with summer season in full swing, Blown Away returns under prime focus, with three immense remixes. Leading the way is Estonian Beat Service – one of the tried and trusted members of Markus’ roster, who continually delivers the goods with a powerful and energetic peak hour version. Talented British outfit Venom One – who collaborated with Markus for Revolution on Scream 2 – provide an alternative melody to compliment Liz’s vocals, but remains no less appealing. And for those who like to take things a little deeper will lean towards the grooves offered by People of Now.

Addictive by origin, and addictive by blossoming melodies and a vocal impossible to get out of your head, Blown Away is an unmissable summer anthem.